We create great opportunities for you!! GET STARTED NOW!
AffiliatesArticles

Digital Marketing has many actors on the business, and all of them use a combination of parameters that help us understand if their campaigns, offers, and inversions are on a positive ground.

From the simplest to the more elaborate, all parameters are important. Clicks, conversions, leads are straightforward to understand, but there are many more which are not so simple.

But is that statement completely true?

Well, if we look for example at the eCPM/RPM parameter, it seems there is no difficulty.

It’s just revenue divided by clicks. What can go wrong?

Revenue is just the Money we have made on a specific time frame, so it’s easy to compare between companies. Better offer, more revenue, that’s easy!

But what about clicks? visits? Uniques? Hits? Impressions?

When I began working the business over 6 years ago, its was just impressions and clicks, There was not much more.

Let’s see each one so that we can understand those better:

That is easy. The number of times a banner, pop… appears to an user.

The number of times an actual user reaches the offer flow. Many times they reach the landing page of the offer, but can also reach a pre-lander. It’s the number of users (may be repeated) you sent to a company.

The same as the visits, but do not count the duplicate IP address on the same day. That is the unique users that reached the offer flow. There is also a more complete way to compute uniques (users) by using a combination of IP – user-Agent – cookies but there is no specific need to go so far into it.

Are my clicks being counted correctly?

The answer is easy, it depends on the platform and on their definitions of these parameters.

Why do they do it? That depends.

For a Mediabuyer it’s simple:

Clicks is just the number of times an user clicks on a banner and it’s redirected to an offer. Normally clicks and visits are quite similar, because clicks will reach the landing page instantly.

Mediabuyers compute those to get access to CTR (basically the % of impressions that generate clicks).

The problem is when someone uses a pre-lander and calls clicks to users that reach the landing page of the offer after the pre-lander.

Those are not the same clicks/visits that we are used in 90% of the other platforms. They shouldn’t even be called clicks as we understand them.  I should call them filtered clicks or targeted clicks since they are already filtered/targeted by the pre-lander. It’s normal that this produces higher eCPM and CR from the side of the advertiser as we will send less clicks and already prepared by the pre-lander.

In a test I have done, I sent to the advertiser 6 clicks and got 4 conversions, What a CR!!!

Therefore, to summarize, most of the platforms use the original clicks/visits which I think are clean and transparent, and do not leave room for doubts. You can easily compare CR, eCPM’s and EPC’s and choose the right platform to send your traffic.

Some platforms will use different definitions, which I think will just create confusion, and do not allow for easy comparisons between different platforms.

What can we do to defend ourselves?

So what are we comparing when we look at clicks and more important to eCPM’s?

Consequence is that you will be comparing apples to oranges and it will be impossible to compare both.

I recommend to use your uniques as they are the unique IPs that reach your offer flow independently of having pre-landers or not. That is the normalization you need so you can understand which platform pays you more for your traffic.

I also encourage affiliates to use more and more tracking platforms or at least platforms that can bring to you much more information than only the country, day and hour,

I hope these considerations clarifies the great importance of understanding simple parameters to analyze our results correctly.

I also hope that all platforms reach a common set of parameters which can be compared easily by users and do not try to create more noise on the industry. 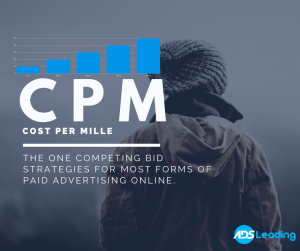 By Carlos Gonzalez
4 Mins read
AdsLeading is an affiliate platform that provides you with publishing tools and offers to help you monetize traffic generated by you, or…
AffiliatesBusinessCryptoCurrencyCryptoMercuryTransfers

By Carlos Gonzalez
3 Mins read
Today we will talk about how you can use this great platform which will allow you to withdraw your payments instantly, through…
AffiliatesArticlesTools

Just how to write banner ad copy in diverse Languages

By Carlos Gonzalez
8 Mins read
All affiliate marketers claim that different languages affect the effectiveness and strength of their affiliate marketing creatives. In addition to exposing the…

Power your team with AdsLeading